Faculty members believe that students face no threat to their health 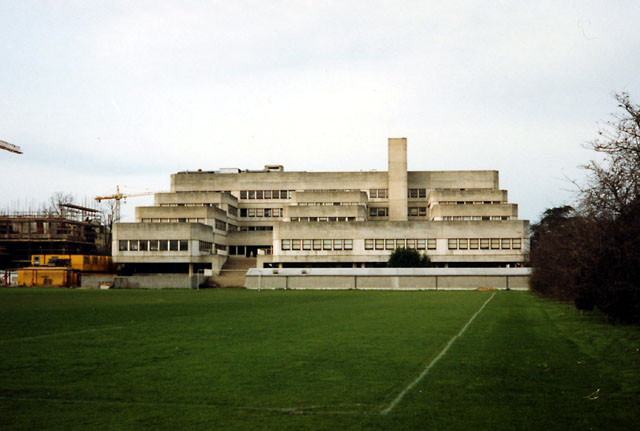 Daniel Curtishttp://danielpdcurtis.com
Daniel is a student journalist in his second year of an English and French degree at St. Anne’s College, Oxford. He was formerly Producer and Broadcast Assistant for Peak FM's 'Total Sport'. Dan was editor of Cherwell in Trinity 2017.
10th February 2017

The Tinbergen Building, which houses the Department of Zoology and Experimental Psychology, is set to close from Monday 13 February due to a major asbestos discovery.

An email sent this afternoon to all undergraduate students by Professors Kia Nobre and Ben Sheldon, Heads of Department for Experimental Zoology and Psychology, reassures students that they believe there to have been no risk to their health.

However they state that the majority of remaining practicals this term will be unable to go ahead, and that all lectures will be relocated for the remainder of the term.

The email reads: “As many of you will remember, over the past few months we have been surveying the building in order to be able to plan the removal of asbestos from areas of the building where it is unlikely to be disturbed.

“This week, more asbestos has been discovered in the building’s radiator housing units in more accessible parts of the building.

“We immediately want to reassure you that we do not believe there is, or has been, a health risk to ordinary users of the building, and more than 200 air quality readings, taken since September 2016, support this belief.

“However, this new asbestos which has been identified this week cannot be removed from these areas while the building is occupied. The University has, therefore, decided to close the building while these works are undertaken.

“This work will be carried out by licensed contractors, but regrettably we do not expect the building to reopen for around two years.”

A senior source in the department told Cherwell that the electrics and mains water need to be taken out before work can go ahead. The source also said that considering the state of the building, it could just be demolished.

Oxford University’s Pro-Vice Chancellor for Planning and Resources, William James, later informed Cherwell that the building’s demolition would be “one of many possibilities which we will be considering.”

He said that the University had been aware of asbestos contained in the building for some time, but that in recent weeks they had “been discovering more deposits of asbestos that we thought had already been recovered.”

James said he was confident that students’ lessons, lectures, and crucial laboratory work would be able to be “running well” from next Michaelmas term, although this may involve students being forced to move to other sites such as the Chemistry or Mathematics departments.

Degree requirements meaning students must complete a set amount of laboratory work may be dropped, the Pro-Vice Chancellor said, as the University attempts “to find a way of amending regulations so that nobody’s degree or progress will be affected by this process”.

A full set of practical classes will not be able to run for the second half of term. William James described the educational benefits which will be lost in the coming weeks for affected students as “a disappointment”.

Henry Grub, a first year Biological Sciences student, told Cherwell: “The department café was also giving away all the chocolate and sweets that they had stored—people are literally walking into lectures 20 mins late with boxes of chocolate. The café’s been looted.”

“The real problem is for the researchers. I saw many postdocs carrying all their research out of the building at some pace—they basically have the weekend to gut the building. Everyone’s in total shock.”

The building, located on South Parks road, is currently being refurbished and expanded by construction firm ISG.

The Tinbergen Building was built in 1970, named after Nikolaas Tinbergen—a former academic at the University and a joint recipient of the 1973 Nobel Prize for Physiology or Medicine.

Suzie Field-Marshall, a third year Biological Sciences student at Merton College, told Cherwell: “As a finalist, whose lectures all take place in Plant Sciences, this won’t actually affect me that much—my tutorials will probably just take place in individual tutor’s college rooms rather than their offices in the department.

“It’ll inconvenience first year undergrads and DPhil students most, I imagine, as they’ll need to find alternative labs to do their practical work.”

Second year biologists have been voicing their reactions via Facebook.

One user wrote: “I love the concrete behemouth [sic] that is the Tinbergen building”.

Another wrote: “It was home! I feel like I’ve just been kicked out of home”.

However, one first year DPhil student was more ambivalent, saying: “It was an ugly building anyway”.