Protests against Trump continue in Oxford 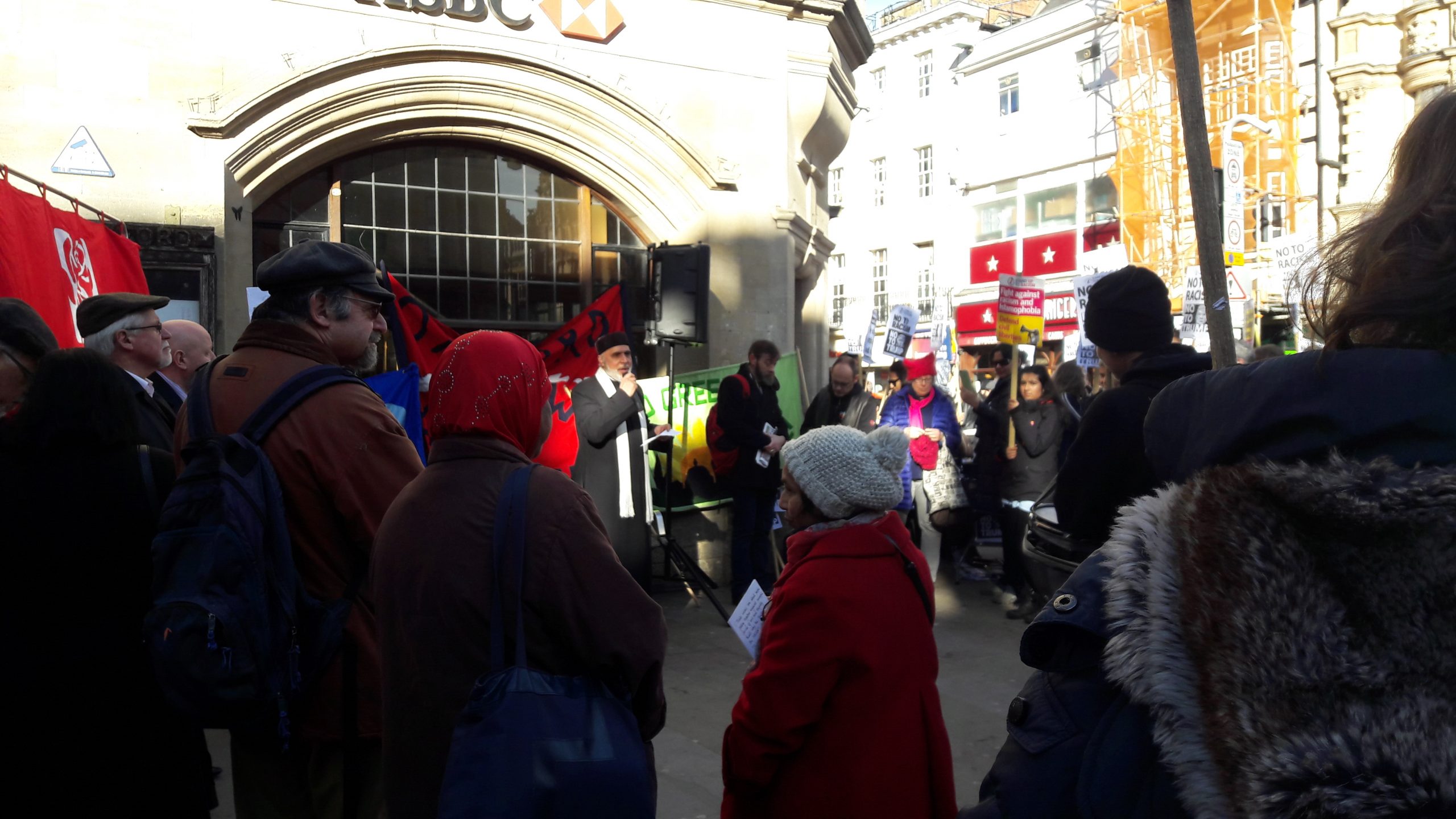 A third protest against Donald Trump took place in Oxford today, in conjunction with protests held outside the US Embassy in London.

Demonstrators gathered around Carfax Tower this afternoon where speeches from notable local figures were punctuated by chants of “When racists attack, stand up, fight back” and “Theresa May, hear us shout, Muslims in, racists out”.

With around 50 people in attendance, the protests was smaller than Monday’s, which saw approximately 2,500 Oxford residents march from Cornmarket Street to Magdalen Bridge. There were also fewer students. The main banners displayed were those of the local Labour and Green parties.

Speaking to Cherwell, he said: “Any hope that Trump’s far-right policies were merely campaign rhetoric has now evaporated. His immigration ban—directed to a great extent against refugees fleeing countries the US has itself invaded and bombed—is an outrage; and his administration’s threats of war against Iran, China, and other countries are a danger to all of us.

“By rushing to Washington to hold Trump’s hand, the Prime Minister has shown that she is badly out of step with democratic opinion in Britain and around the world.”

There were speeches from a number of Oxford councillors, one of whom prophesised: “[Trump] will not complete his tenure as President. He is going to destroy the peace of the world.”

One student protester, who wished be known only as ‘Colden’, told Cherwell: “the message I’m trying to get across is that America and Israel have a ‘cordiale entente’. As a gesture against racism and white nationalism, a good statement, Israel should open up their borders and show solidarity with the persecuted.”

The protest today follows a week of action in Oxford against President Trump, whose executive order restricting the movement of refugees and citizens of seven Muslim majority countries provoked a wave of protests across the UK on Monday.