Fiona Bruce on women in journalism, the BBC on Brexit and modern languages 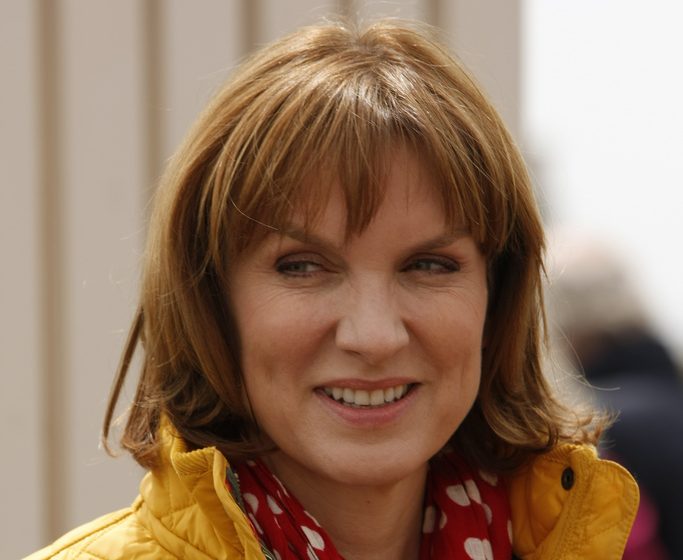 I challenge you to find someone who knows the BBC newsroom better than Fiona Bruce.

As the first woman to present their News at Ten programme, the 52-year-old is a household name. Although she modestly points out to me that this is not quite so much of an achievement when one remembers that she was in fact its first ever presenter.

Regardless, what the news-reader and presenter has achieved as a woman in journalism is remarkable. She has graced our screens for over twenty years with her insightful and engaging reporting.

As I interview her on an unusually warm evening in December, she has just finished writing a travel piece for the Telegraph and is preparing to present the News at Ten the next day. Despite her success, broadcast journalism was not her first port of call when she graduated from Oxford University.

Gender, she tells me, has never obstructed the progress of her career, as she went on to land a job as a researcher on Panorama in 1989 and then to present various flagship programmes for the BBC. She has presented not only the News at Six and at Ten, but Crimewatch, Antiques Roadshow and, most recently, Fake or Fortune.

She recalls only one of a handful times when she felt being a women proved a potential hurdle in her career.

“Very early in one of my first jobs at Panorama, I wanted to go the area of Turkey and Iraq informally known as Kurdistan. It was after the Gulf war, when Saddam Hussein had killed a few million people with a chemical attack on a place called Halabja.

“A British journalist had been there not long ago in that particular area I was looking to visit. When I asked my Editor about heading out there, he looked at me and asked himself whether it was a place he would send his own daughter.

“The issue was not that I was a woman, but rather it was a pretty dodgy place to go whoever you are. There was a high probability that Hussein might unleash chemical weapons and then obviously this journalist had died there recently. I had to persuade him that I would be fine and I was. That was the first time that my gender had really come up and it I hasn’t come up much since. It certainly hasn’t stopped me.”

She owes this in part to her personality.

“I’m not the kind of person who sits in the corner quietly and so maybe it’s for that reason that it has not been an issue for me.”

However, in the two decades she has been involved in broadcasting, she says she has noticed general progress in equality that is hard to ignore.

“I do think there has been progress for women, especially older women, in the time I have been at the BBC. Some of our finest women correspondents are of similar age to me.

“Take Lyse Doucet for instance. Her age or gender are not an issue, she is just brilliant. Similarly for Orla Guerin. Her age and gender are utterly irrelevant because her journalism is so stunningly good. Would women like that have flourished in the past? I am not sure if they would have, but they certainly do now.”

News journalism has typically been dominated by men, with the Washington Post revealing in 2014 that in America around two-thirds of newsrooms remain male. Discussing the balance in the BBC newsrooms, however, Fiona is fairly positive.

“The ratios in our team vary. Management in our newsroom has been quite female dominated in the past. At the moment it is quite male dominated. In the past, I have had both a female Head of News and a female Editor of the programme.

In the turbulence of 2016, Fiona has found herself reading the news in the midst of a political storm, whether that be in Britain, Syria, or across the pond in the US. Fiona admits that Brexit was “a difficult story to tell” and recognises the limitations of a short television bulletin when trying to cover such a complex referendum fully and objectively.

“The difficulty with Brexit is that both sides of the argument were not always entirely reliable with the facts. When you have a half-hour bulletin, how much of that are you going to devote to unpicking inaccuracies and trying to tell the truth?

“You can fact monitor much more easily online, but this is much harder during a short broadcast bulletin and in the case of rolling news. As a result, claims were exaggerated or underplayed.

“Could we have done better? I’m sure all of us could have, but it was a tricky one. When we were doing our bulletins I remember thinking 80 per cent of this is about Brexit, when there was other stuff going on readers wanted to know about.

“We have a duty to inform and yet we had to neglect that because there was so much to say about Brexit.”

Nonetheless, she affirms that the outcome was totally unprecedented and that the media did not affect the result. No-one anticipated the outcome.

“People get so much of their information elsewhere. I had others regularly asking me questions like if we stay in the EU will we have to have the Euro, which astonished me. When people are getting hold of ridiculous information like that online, we cannot flatter ourselves and claim we were the main influence.”

Despite Britain’s exit from the EU, her language skills that she acquired from her French and Italian degree will still come in “slightly handy”.

Speaking in light of the dramatic decline in the number of students studying Modern Languages at University, she tells me that her degree has enabled her to access culture in a way she could not have otherwise.

“My languages have come in slightly handy. I remember when I was on Panorama interviewing Italian politicians. They do not really like being interrupted and I remember thinking where am I going to get a question in here, so thank goodness for my languages.

“I still use my French and Italian on my art series. If I was to study languages again, I might choose something a little different. Perhaps Russian, Arabic or Chinese.

“Regardless, I think language learning is so important. Languages offer you an insight into a people and a culture and people that you simply cannot have if you do not speak the language.”