CherwellIndependent since 1920.
News Rhodes Must Fall return to protest outside Oriel 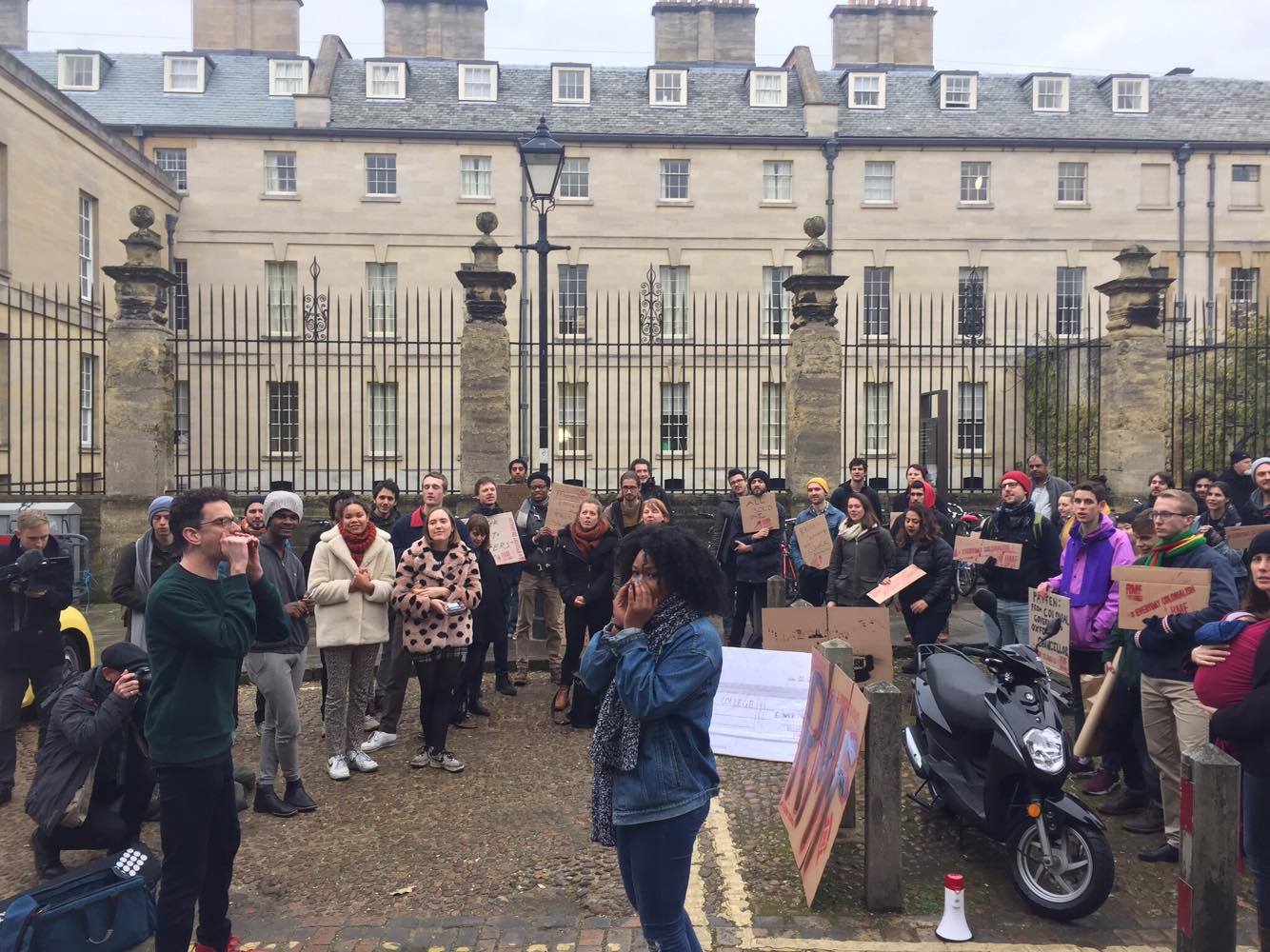 Campaigners demanded Oriel College “name their price” at a Rhodes Must Fall (RMF) protest outside the college on Friday.

The protest came a year after Oriel launched their sixth-month listening exercise, which was brought to a halt in January when they announced their intention to keep their statue of British Imperialist Cecil Rhodes.

There were chants of “get up, get down, there’s a decon movement in this town” and “de-de-decolonise” while the group presented a cheque to Oriel, explaining in a letter to the college “you understand only the logic of hard cash”.

Campaigners claim that Oriel College’s decision not to remove the state was motivated by a potential loss of funding from wealthy donors. The college has strongly denied these allegations.

In an open letter to Oriel from Rhodes Must Fall Oxford, which was read out at the protest, “Your actions reflect a broader context of embedded prejudice, white supremacy and institutional indifference at the University of Oxford.”

“You are just an example of the university’s institutional racism: you marginalise, ignore, and actively undermine the voices of particular racial groups as you stuff your pockets with their money and pay lip service to an empty agenda of diversity.”

The protest’s focus on the issue of financial donors follows recent developments within the RMF Oxford campaign and decolonisation movement, as protesters seek to intersect with Free Education Oxford and other groups against the “colonisation and neoliberalisation of higher education”.

Graduate student and decolonisation activist Rachel Harmon told Cherwell,”We are going to let the University and Oriel College know that RMF Oxford is going to keep organising until our objectives are met and until our demands are dealt with in a meaningful way by the university.”

“We’ve been extraordinarily disappointed with the institutional response so far and we’re not going to give up just because they haven’t done what we want them to do yet.”

She explained that the protest was demanding the University “deals with iconography around the university which glorifies people who have done really atrocious things throughout history”. The group also demand changes to the “extraordinarily euro-centric curriculum” and representation.

A spokesperson for Oriel College told Cherwell,”In January, after careful consideration, the College’s Governing Body decided that the Rhodes statue will remain in place. As was made clear at the time, the College considered a wide range of views from many sources including students and academics, heritage bodies, national and student polls, alumni and members of the public. The overwhelming message of these was in support of the statue remaining in place, for a variety of reasons.”

A spokesperson from Oxford University said, “Oxford University is a welcoming, tolerant and diverse community. More than 25 per cent of our undergraduates and postgraduates are black and minority ethnic students. We are continually working with students on many initiatives towards greater inclusion and representation for all ethnic groups.”

“For example, we ran a highly successful summer conference to encourage more UK minority ethnic applicants from state schools, jointly led by students in the University’s African and Caribbean Society. We are also working in consultation with minority ethnic students on curriculum change, and supporting this process with a series of high-profile public lectures on cultural change in higher education.” 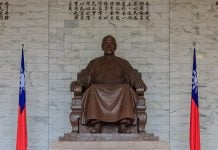