Like any other Oxford student, stumbling to early morning lec­tures, followed by long sessions in the library is my daily way of life. Yet instead of a cold Michaelmas morning, drudging down St Giles’, I am presented with a sublime panoramic view of the Osaka bay area on my morning walk to class, such are the perks of studying abroad in Japan as an Oriental studies Second year.

Living in another continent has forced me to become acquainted with many unfamiliar facts of life: I have had to forgo choosing the perfect Tesco meal-deal for figuring out how to use my newly-bought rice cooker, swapping meeting that Friday night essay deadline and making that night out in Wahoo with having to come to terms with the drinking age of 20 in Japan, one of the drawbacks of going abroad in the second year.

However, my mind is cast back to Oxford with a recent discovery. Whilst ancient sandstone col­lege buildings coexist with 60s brutalist blocks, so too amongst the post-war urban sprawl that makes up Kobe’s outlying districts (my new home), are numerous Shinto Shrines and Bud­dhist temple complexes. On my morning walk to Kobe University, the fresh offerings at local shrines are evidence that spirituality still finds its place in a relentlessly innovating and secular 21st century Japan.

I was surprised to find these s paces so frequently playing an important role in daily Japanese society, hosting anything from an­nual local festivals to individual good luck messages written on wooden blocks. Somehow, the average ‘Salaryman’ finds time in their busy schedule to concern themselves with Japan’s natural environment. Recycling is carried out with care and precision, with a complex colour-coordinated schedule used to dedicate specific days and specific bags to various category of rub­bish. Litter seems like a foreign concept here as police warnings are frequently displayed on the streets.

Kobe is located in the very bizarre location between the Seto Inland Sea and the Maya mountains. We students here are lucky that, (despite the tiring daily hill climb to the bus stop) given the location of our dorms at the northernmost edge of the city, we have very easy access to the beautiful Maya mountain range, which is climbed by adventure-loving tourists and Kobe residents alike.

Natural spots are often a focus of great care in Japan, as, according to Japanese local folklore and religion (Shinto) many natural landscapes have enshrined local deities, known in Japanese as Kami. Therefore amongst the mountains are temples and other religious monuments, such as the Buddhist Tenjo-ji temple atop Kobe’s Mount Maya.

It is interesting how a gentle stroll can lead one to fascinating places of natural beauty, which, instead of being a mere relic of an ‘ancient Japan’, show that society can maintain tradition hand-in-hand with embracing modernisation. Hopefully I continue to encounter new surprises and challenges during my year abroad, so that Japan remains the same mysterious and fascinating land in my eyes. 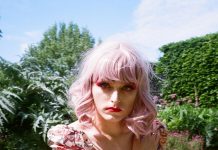 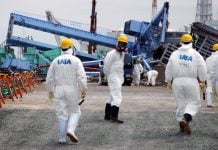 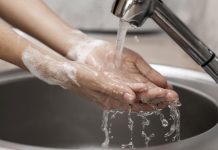 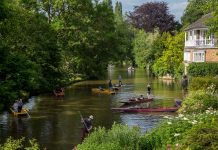