One Pret too many? 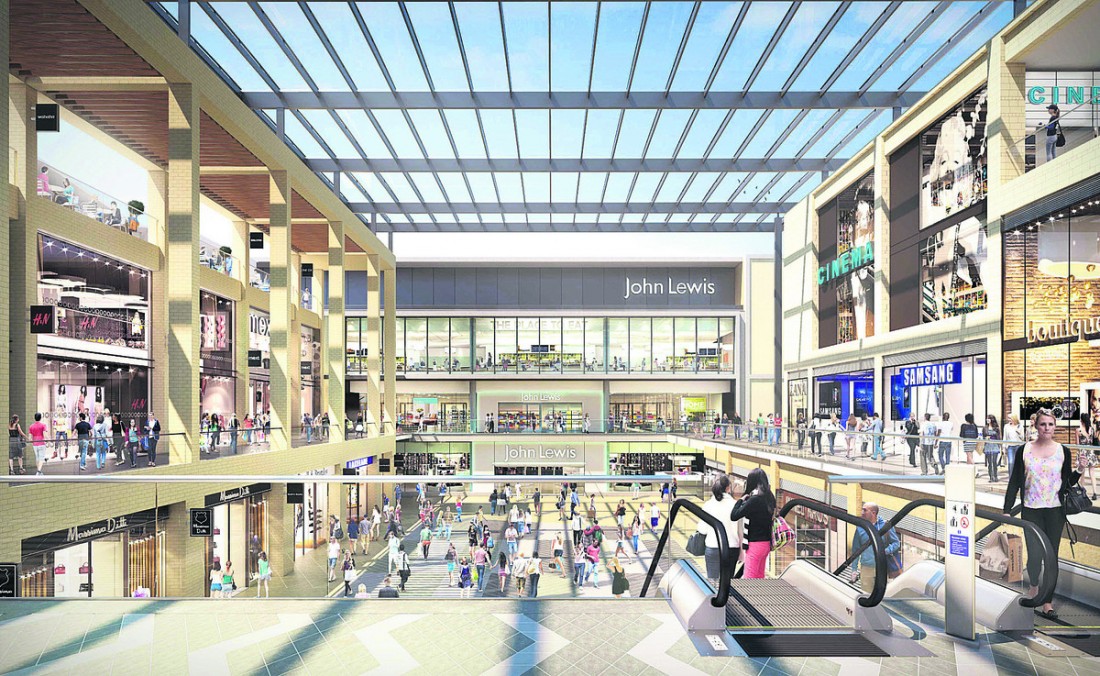 The Westgate Centre has revealed some of the restaurant chains that will set up shop in the newly renovated complex when it opens in October 2017.

It has been confirmed that Japanese food chain Sticks n Sushi will open its sixth restaurant in the UK in the roof top garden, which will offer panoramic views of Oxford.

A spokeswoman for the Oxford Westgate Alliance also announced that the boulangerie Le Pain Quotidien, Lebanese Comptoir Libanais, noodle bar Shoryu and Pret A Manger are some of the other chains will be moving into the £440m revamped centre.

Pizza Pilgrims, which was founded by brothers James and Thom who are originally from Oxford, is another restaurant to take its place in the centre.

Pizza Pilgrims began selling pizzas from the back of a three-wheeled van in London’s Soho and they have since attracted a huge following.

The development manager for the Westgate Oxford Alliance, Sara Fge, said, “Westgate Oxford will be home to over 100 stores and 25 restaurants and cafes, as well as a boutique cinema and rooftop terrace dining.”

The new centre will also feature a John Lewis department store, as well as a Curzon cinema, Victoria’s Secret Pink store and a Mac shop.

Josie Pepper, a second year at Brasenose, told Cherwell, “Does Oxford really need a third Pret A Manger? I guess it is never a bad thing for the student community to have more restaurants.”

Carl Gergs, a Pembroke student, commented, “It will be great having so many restaurants and cafes just around the corner from Pembroke. Having said that, I am also concerned that introducing more chain restaurants will threaten the independent businesses that already exist in Oxford. Whilst the development is an exciting prospect, it is important that local cafes and restaurants are still encouraged and supported.”

The shopping centre, originally built in the 1970s, had no rooftop area before, but will now have a number of public spaces along with the various restaurants and cafes.

The plans feature a grass “quad” with retractable roof and views across Oxford’s famous spires, which could be used for performances, art displays and cinema screenings.

£500 million is being invested to enhance the retail core in the City Centre, encouraging more existing shoppers to stay for longer periods of time.

The investment should eventually provide over 3,400 new jobs, as well as 600 jobs a year during construction.

Two new public squares and a riverside walk will also be created. South Square will also be able to host temporary events and exhibitions.

Oxford City Council leader Bob Price said “The Westgate is going to be more than just a shopping centre, so this will be really significant to the development of this quarter of the city. It could be an exciting area for performances and art, as well as a great public space – which is something we need more of.”

On their website, Westgate Oxford have a new development webcam, giving the public the chance to see live pictures of progress on site every 20 minutes from 7am to 7pm.

The completion of the shopping centre may help to allay concerns over the balance of shops and restaurants in central Oxford, which led to concern from Graham Jones of traders’ group Rox in July.

He commented, “There is feeling that perhaps there are enough restaurants and cafes in the city at the moment – maybe we have reached the limit for them all to be viable.”

A third year from St Hugh’s said, “This never-ending project has delivered nothing more than a Pret. I will have graduated by the time the centre opens, so I am not really very excited about these restuarants. I don’t even like shopping centres—they are testament to the consumerist economy that bourgois Oxford prides itself on. I’m frankly outraged. But I will be buying my Pret anyway.”