The phrase ‘out of this world’ is used too often – though I think Blackwell’s recent interview with Buzz Aldrin on June 1, held in the Sheldonian in front of a packed and eager audience, fits this description in more ways than one. After being ushered politely in to a seat in the cavernous rafters of the building, the excitement and expectation was almost palpable – a feeling that only seemed to build throughout the fascinating discussion, culminating in a rapturous standing ovation at the interview’s conclusion.

The talk spanned Buzz’s complete life of over 86 years, starting “in the womb” (his own words) – and I have to say I’ve never seen such a chatty, excitable and effervescent person. Buzz managed to hold the audience spellbound throughout the hour long talk, with stories of his various adventures on Earth and beyond. Indeed, he often interrupted and completely ignored his assistant, who ended up at times desperately trying to stop Buzz recounting anecdotes about his early life, his air-force training and his life as an astronaut in order to answer the question that had been asked. If anything, this just made the discussion even more fun for the audience- it seemed nothing could hold Buzz back. The highlight of this was, of course, when he stood up to show off his ‘Get to Mars’ t-shirt and socks to the eager crowd.

With Buzz, subjects like aeronaut training and childhood events that could be potentially dry and dull seemed to come alive in the electric atmosphere of the Sheldonian. He talked of his mother’s maiden name being ‘Moon’, of his job as an astronaut taking photos of stars (“real sexy stuff”) and of how he had completed the first underwater training for astronauts (“it’s basically the same as space, really”). The discussion jumped back and forth between his family, childhood and his later adventures, which meant that immediately after discovering how the Aldrin family had aviation in their blood, and that Buzz had met Amelia Earhart as a young boy, the audience were then told how Buzz “accidentally took the first selfie in space”. This gave you the sense of a warm, intimate discussion with the man – when he cracked jokes, you couldn’t help but laugh.

When the inevitable topic of the moon landing came round, Buzz seemed to light up- he leaned forward in his seat as he explained how most of the photos of astronauts on that day, including the famous image of one planting the American flag, were actually of him ”as Neil was the one holding the camera”. He welcomed questions, telling a ten year old that the moon “smelt of burnt charcoal” and reassuring the audience that “I’m not much of a sceptic – we really did go!” Perhaps the most surprising revelation as that Buzz only got given $33 for going to the moon, “We only got standard army pay in those days”. The event culminated in a huge selfie of Buzz and the Sheldonian audience, an act of inclusivity that seemed to sum up the night.

When asked by one audience member if he’d seen any aliens, Buzz paused and smiled. “I always think that I was the first alien. After all, we’d come from a different planet.” Although funny, this also seemed a great way for the evening to finish – if there’s one thing we could all learn from a man who’s been into space, perhaps it’s that we could all use a bigger perspective. 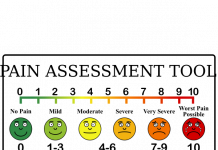