Explorations of gender through drama have come to the fore in Oxford this week. On Saturday, Not Your Nice Girl will present BEARDS; on Sunday, a workshop at St Peter’s will evaluate the role of gender in Hamlet and Shakespearean casting more broadly as part of the OUDS Shakespeare Celebrations. While the first woman to play Hamlet did so in the 18th century, Maxine Peake’s recent turn as the Prince of Denmark still sparked controversy, setting off a flurry of articles about “the perils of gender-crossed Shakespeare.”

One facet of Peake’s performance that went almost unacknowledged in the press, however, was the decision to play Hamlet as trans. (There was a link to trans awareness resources on the production page, and a rather ill-conceived blurb on the Royal Exchange website answered the question “Is Hamlet a man or a woman in this production?” with “The answer is, both! Maxine is playing Hamlet as a woman that ‘presents’ as a man.”)

This is a departure from convention worth discussing and repeating – and one that can teach us something new about the original text. Does not Claudius’s dismissal, “Tis unmanly grief,” sting more sharply when it is used to invalidate his stepson’s identity? The character’s own meditations on masculinity and wry comparisons between himself and Hercules are thrown into stark relief when these are expectations he has had to contend with so directly throughout his life. We begin to understand him not as the “archetype of masculinity” he has become, but as a young man grappling with his perceived failure to conform to its standards.

With last term’s BT lineup including Binding and Cashiered, each an authentic, important exploration of trans issues both past and present, and the Michaelmas sell-out show pussyfooting now being redevised for performance in the OUDS National Tour, it seems Oxford drama is asking the right questions about identity – a challenge to the status quo that has been happily well-received. I personally hope this trend persists for a long time to come. 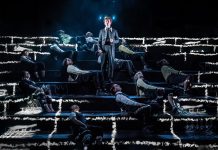 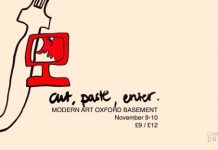