A 51-year-old man appeared in court yesterday for the murder of Adrian Greenwood in his house on Iffley Road and could be tried in October.

A suspect aged 26 who was initially arrested after being chased up High St by a Thames Valley police car was released without charge on April 10, three days after the police were called to the crime scene.

Adrian Greenwood, described as an “historian, biographer, author and art dealer with a particular interest in nineteenth century British military history” on his own website, was found dead at number 25 Iffley Road in the afternoon of April 7. The police reported he had multiple stab wounds over head and chest, and observed the likeliness of an altercation that left the attacker himself equally injured.

Michael Danaher appeared in court before 10.30am yesterday to state his name by video, speaking from Woodhill Prison where he is being kept for the moment. The court has decided that he will talk again on July 1, until which date Danaher will be detained at Woodhill. The provisional trial date however is set for the beginning of October and could last for ten days, prosecutor Michael Roques has suggested. 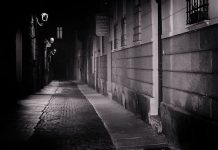