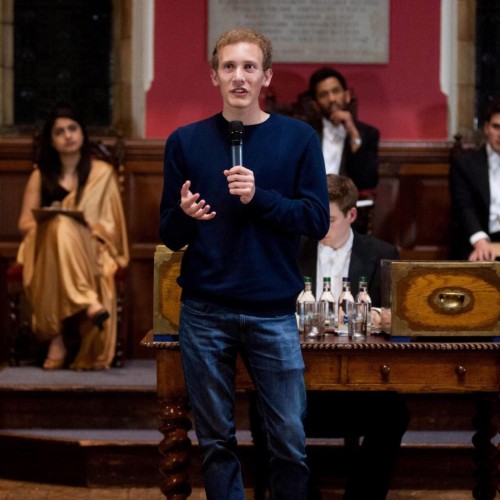 Frederik Willem de Klerk, former President of South Africa, has written a letter to The Times, published yesterday, voicing his opposition to calls for the statue of Cecil Rhodes at Oriel College to be removed. This follows a similar intervention two days ago by former Australian Prime Minister and Rhodes Scholar Tony Abbott into the debate, which gained national and international attention a week ago following Oriel’s receptive response to the movement.

Co-founder of Rhodes Must Fall in Oxford Ntokozo Qwabe has also labelled the French flag a “violent symbol” and said he would support a campaign to remove it from universities, telling The Sunday Times, “I would agree with that in the same way that the presence of a Nazi flag would have to be fought against.”

Oriel College has recently announced the imminent removal of a plaque honouring the white supremacist colonial and a six-month listening period to determine the fate of the statue.

De Klerk, South Africa’s most recent white President, stated, “We do not commemorate historic figures for their ability to measure up to current conceptions of political correctness, but because of their actual impact on history,”

The former President, an Afrikaner, who was instrumental in ending racial segregation in South Africa in the 1990s and was succeeded by Nelson Mandela, labelled the Rhodes Must Fall in Oxford movement “a folly”. He went on to say, “My people – the Afrikaners – have greater reason to dislike Rhodes than anyone else. He was the architect of the Anglo-Boer War that had a disastrous impact on our people.

“Yet the National Party government never thought of removing his name from our history,” he added, in reference to his former party.

The Boer War, in which thousands died, is infamous for Britain’s use of concentration camps against black people and the Dutch-origin Boers, the ancestors of today’s Afrikaners.

Tony Abbott, who was Prime Minister of Australia until September of this year, has sought to discourage Oriel strongly from conceding to the student-led movement any further, commenting to The Independent, “Oxford would damage its standing as a great university if it were to substitute moral vanity for fair-minded enquiry. The university and its students should prefer improving today’s orthodoxies to imposing them on our forebears.”

He also remarked, “The University should remember that its mission is not to reflect fashion but to seek truth and that means striving to understand before rushing to judge.

“Racism is a dreadful evil but we all know that now… It’s a pity that Rhodes was, in many respects, a man of his times.  We can lament that he failed to oppose unjust features of his society while still celebrating the genius that led to the creation of the Rhodes scholarships.”

The Rhodes Must Fall campaign and Qwabe have come under increased scrutiny in the past week in the national press. Having been branded a ‘hypocrite’ by many online commentators, The Sunday Times today brought to national attention Qwabe’s response to last month’s ISIS-affiliated terrorist attacks in Paris made publicly on Facebook, stating, “I refuse to be cornered by white supremacist hashtagism into believing that showing my disgust for the loss of lives in France mandates identifying with a state that has for years terrorised – and continues to terrorise – innocent lives in the name of imperialism, colonialism, and other violent barbarities.

“I do NOT stand with France. Not while it continues to terrorise and bomb Afrika [sic] & the Middle East for its imperial interests.”

In the Sunday Times article entitled ‘After Rhodes he wants to tear down tricolore’, Qwabe declined to say whether he thought France and ISIS were equally bad, but commented,  “Well, [France] has committed acts of terror in numerous parts of the world” and, “I wouldn’t say French bombs are somehow less significant.”

Rhodes Must Fall has published a response to Tony Abbott’s intervention into the debate which is printed in full below:

We read your recent letter, begging Oxford to protect a statue of your old chum, Cecil Rhodes. It was filled with what you call ‘suppositories of wisdom’.

This isn’t the first time you’ve trivialised genocide: ‘there was a holocaust of jobs under the opposition, Madame Speaker’. Just an honest mistake, of course.

But now you’ve really put your foot in it, Tony. You say removing a statue of old Cecil would lower Oxford’s standing in the world? When the University accepted you, it already did that.

Hate to break it to you, Tony, but opposing glorifications of racist mass murderers is not a ‘fashion’. In case you haven’t noticed, we’re not doing this to win a popularity contest. On the other hand, if old Cecil fell, that might look bad for your flailing political career, wouldn’t it, Tony. Very unfashionabe indeed.

Apparently fighting racism is no longer virtuous to you because ‘everybody knows it’s wrong’.

Here’s the thing, Tony: we think it’s rich of a white former Prime Minister of Australia, a country in which you’re sixteen times more likely to be incarcerated if you’re Aboriginal, to give the world lectures on racial justice. We won’t mention Australia’s own history, Tony, because that would be very, very unfashionable.

We now know why you didn’t speak up about violent police killings abroad, or the racial composition of the illegal detention centres you built at home: you’re avoiding the fashion! You’ve been avoiding fashion for a long time, Tony. Time to give it a try.

We look forward to hearing more of your opinions, now that you have a bit more time on your hands. Sorry about the whole ouster thing. Don’t worry, being removed from a high position is soon to be in fashion.

Rhodes Must Fall in Oxford