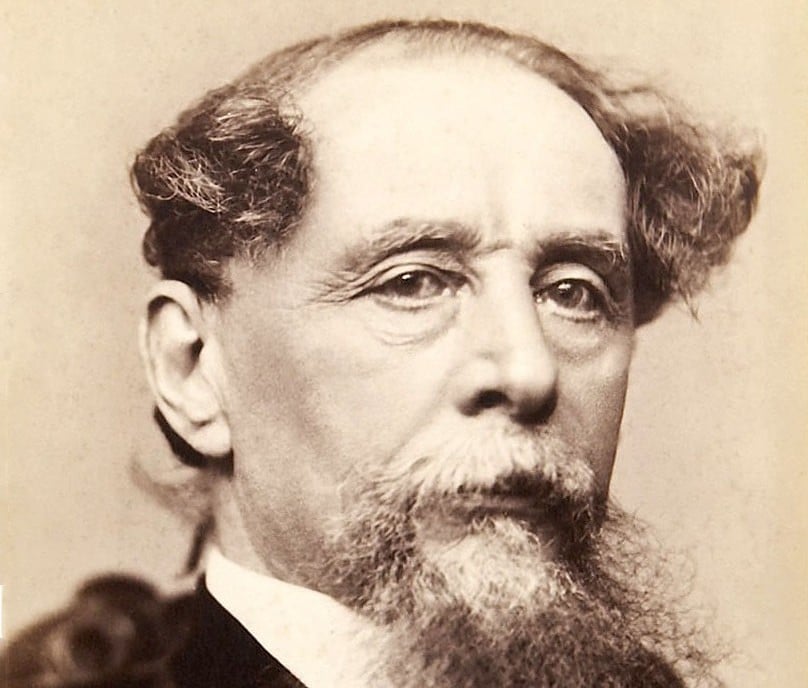 Though he is known in public consciousness for illuminating life in the nineteenth century, Charles Dickens wrote ﬁrmly in the shadow of the eighteenth. A Tale of Two Cities, his reﬂection on the French Revolution, is told not in grand political abstractions, but with a focus on the lives of French emigrants living in London, and their relationship with the old country. Originally published in 1859, A Tale of Two Cities constitutes Dickens’ ﬁrst main attempt at ‘historical ﬁction.’

Dickens’ writing, constrained by serialisation, is perhaps uncharacteristically punchy. He takes us quickly through the historical timeline on which the plot is based, from the dusk of ancien régime Paris to the height of Robespierre’s terror.

The novel is half-remembered now for its famous opening line: “It was the best of times, it was the worst of times.” These words are the key to unlocking A Tale of Two Cities’ underlying theme of duality. They epitomise the struggle of holding to opposing things side by side. Dickens knows it is far easier to hop oﬀ the fence and pick a side, as the people of France did in 1789. The ‘two cities’ are not merely geographical (Paris and London), but ideological—aristocratic excess versus revolutionary zeal.

In A Tale of Two Cities, both systems of thought result in acts of evil. Whether it be the Monsieur de Marquis running over a child with his carriage and proceeding to pay for the infant’s life with a single coin, or the Jacquerie’s reign of mob rule and guillotine justice.

Dickens quite deliberately shies away from individual presentations of what it is to be ‘bad’. Characters such as Madame Defarge emphasise the point, but the prevailing theme is one of collective mentality. The revolutionary crowds who storm the Bastille prison fortress are referred to as ‘the sea’, a metaphor that plainly suggests these individuals, put together as one, are an unstoppable natural force. Later in the novel, Dickens uses the same technique by personifying the entire St. Antoine district of Paris. The arsonist revolutionaries, the Jacques, who burn down the Evrémonde country chateau are known only as points of the compass, and their Parisian counterparts are numbered rather than named.

This has a whiﬀ of privileged ignorance, or even arrogance, about it. Dickens seems reluctant to venture even the tiniest investigation of their character or motivation, because they are proletarian delinquents. But his detachment from the French partisans is consistent throughout the novel, regardless of class.

In his preliminary sketches of the rancid ancien régime, Dickens uses the term ‘Monseigneur’ quite ambiguously. The descriptions are abstract, targeting no one person in favour of lambasting the entire pre-revolutionary social order.

This technique, a focus on the collective, is integral to Dickens wider tale of two cities, his depiction of fundamental division in society between two extremes. In the novel’s closing chapters, this is shown quite movingly in the face-oﬀ between Miss Pross and Madame Defarge. The two cities are in this instance two women, who somehow know they are determined enemies. Yet the language barrier renders them incapable of communication, and they resort to primal violence.

It is hard to identify one single protagonist in A Tale of Two Cities, but the antagonist is in plain sight—division itself. The tragic sacriﬁce at the novel’s climax is the price we pay for being zealous and uncompromising. Rather than identifying ourselves by ideology, or how we voted in a referendum, Dickens asks that, every once in a while, we adhere to that quaint tradition of keeping our ears open and our mouths shut.