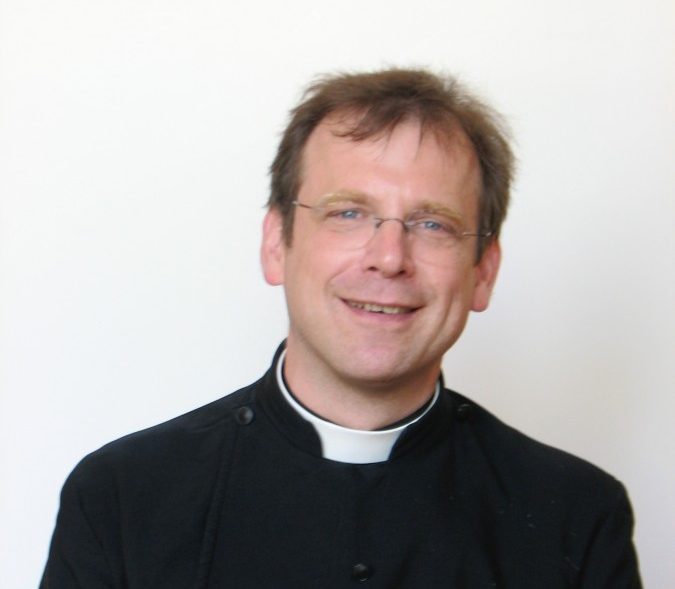 I’ve been at Pusey House for almost three years now. It’s coming to the end of my third academic year. But I was also in Oxford for a period of time before that, and I was chaplain at Lincoln College for a period. Then I was away for a period in between those two times, when I had a parish in Canada.

I was drawn here by what I knew about the way Oxford colleges functioned and the idea of being a part of an intimate community of students and scholars working together, and drawn by the possibility of being a chaplain in that environment.

When I first moved to Oxford to become chaplain at Lincoln College I expected more hostility. Not in general, but I assumed that some students would find the fact you had a chaplain a very weird and strange thing. I know some people do find it a weird and strange thing, yet some of those very students talked to me about how important they thought it was. I remember one student telling me that the chaplain represented the soul of the college. So although I think that for some it would represent a kind of anachronism I think that the presence of ministry in the colleges has been viewed as an attention to wholeness and personal development, and a care for those things.

My favourite aspect of working here is the combination of a life of prayer and worship, alongside serious academic pursuit, in the context of a community. So it’s three elements: the worship, the life of the mind, the community. Those things classically go together. You can talk about love your neighbour but if you live that out over breakfast and in situations with your neighbour, who you spend a lot of time with, that’s very different isn’t it? However, the life of faith is not simply about warm feelings, it can be about that, but there’s also a serious intellectual thought element which has its part in the life of the university. It’s that combination which I find very attractive.

I really enjoy the interaction with the students, who make up most of congregation here. We try to emphasise that the house exists to complement the work of the college chapels, not to replace them. It’s a particular tradition, so we tend to have more elaborate ceremony and liturgical things. We try to emphasise the element of joy in community life and that’s a great context through which to meet students and to interact. I really enjoy that, I think if you didn’t then you’d be in the wrong place.