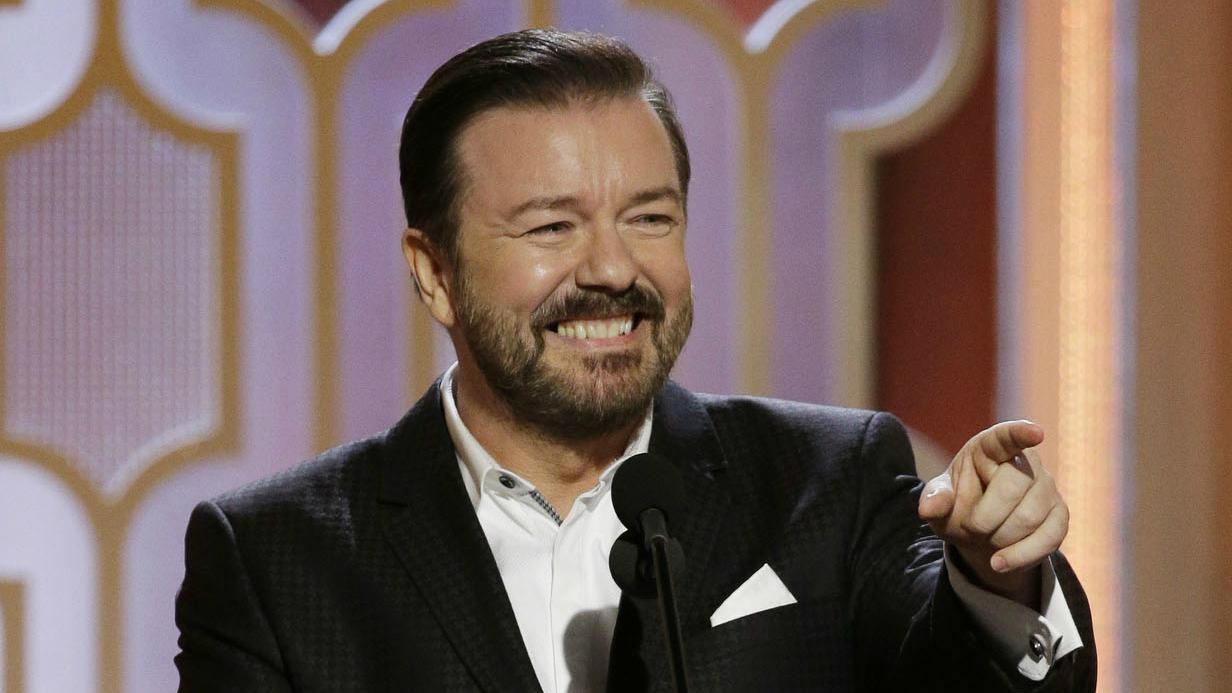 Does anyone remember Ricky Gervais’ Golden Globes speech? The awards ceremony only took place in January, but it may as well have been a decade ago. It’s been a long three months. Gervais’ marmite-style comedy ruffled some feathers among elite Hollywood cliques, but most of these things have only a short half-life online. More than a few of us are wishing now, in an era of smartphone soliloquies, that the actor’s A-List audience had paid attention to his closing remarks: ‘You’re in no position to lecture the public about anything. You know nothing about the real world…if you win, come up, accept your little award, thank your agent and your God and fuck off.’

Ricky Gervais’ speech garnered so much attention on social media because it was funny and maybe even ‘edgy’, if a little abrasive. It’s also an interesting take on the ability of celebrities to speak for the general public. Love it or loathe it, ‘voice of the nation’ is a role nobody chose to cast the rich and famous in. The irony here is blatant – Gervais was no less famous than those he addressed. But that the end of his speech was spread so widely suggests many of us were inclined to agree with him.

Of course, we might agree with what celebrities have to say on an individual level. Brad Pitt was praised for ‘getting political’ at the Oscars in February – ‘I only have 45 seconds up here, which is 45 seconds more than the Senate gave John Bolton this week’. Similarly, Joaquin Phoenix was lauded for his attack on social injustice and animal agriculture. ‘Whether we’re talking about gender inequality or racism or queer rights or indigenous rights or animal rights, we’re talking about the fight against injustice’. It is thus vital that celebrities use their platforms responsibly. If the rich and famous are going to say anything at all, it might as well be to support those who struggle to be heard.

But it’s inequality itself that affords the opportunity for celebrity opinion to reach millions, and there is a fine line between ‘speaking with’ and ‘speaking over’. It’s only natural to resent celebrities’ ability to speak with amplification, especially if we see them as attention-seeking or under-qualified. Why should we pay attention to commentary that’s bland at best, and patronising at worst?

Celebrities, by and large, come off as rather out of touch. If this wasn’t glaringly obvious in January or February, then it definitely is now. Relevance is a thing of the past, for the foreseeable future at least, and it’s painful to watch ‘influencers’ compete with a global pandemic for the spotlight. Attempts to this effect range from mildly annoying to absolutely frustrating. Gal Gadot’s ‘Imagine’ might be best described as harmless, if cringe-worthy, although many would ask why the famous faces featured don’t donate to healthcare services or relief efforts instead. Madonna’s ‘fried fish’ rendition of ‘Vogue’ might have fallen into the same category, but the American singer has recently taken to her bathtub to describe COVID-19 as the ‘great equaliser’. ‘What’s terrible about it is that it’s made us all equal in many ways’ she says, surrounded by rose petals, with a Brian Eno track playing in the background for ambience – ‘and what’s wonderful about it is that it’s made us all equal in many ways’.

For most of us, the quickest (or the only) way to get a coronavirus diagnosis is to shake hands with a rich person and see if they test positive in a fortnight. The disease isn’t an equaliser – it’s the ultimate test of what it means to ‘have’ and ‘have not’ in modern society, and of how dire emergency situations can become when the wealthy refuse to share their resources. Famous figures like Vanessa Hudgens have already apologised for their insensitivity. ‘Even if everybody gets it, like yeah, people are going to die, which is terrible but like, inevitable’ – so why should we all make changes to our daily lives? That you or a loved one could end up hospitalised isn’t as frightening if you have access to the best healthcare your country can provide.

As Nicola Sturgeon has said, if your life is yet to change, you probably aren’t following the government’s advice to the fullest. But celebrities are largely removed from how COVID-19 will affect the majority of us ‘normal’ people. Their attitudes in response haven’t just been insensitive, they have been entirely off-base – ‘influencers’ might as well be watching this chapter in human history unfold from space. Inside fully staffed country mansions, with a limitless supply of personal resources, the rich and powerful are living through a crisis of personality rather than of public health.

What must it be like, to be able to describe this pandemic as ‘wonderful’? If those with the means to do so won’t materially support the most vulnerable in the months to come, then ultimately, it’s in our best interests to ignore anything that they have to say.