Hyeonseo Lee interview: “Until I don’t have to, I will continue my work.”

Once loyal to the regime, now determined to share the truth: North Korean defector Hyeonseo Lee speaks to Oscar Baker about her mission. 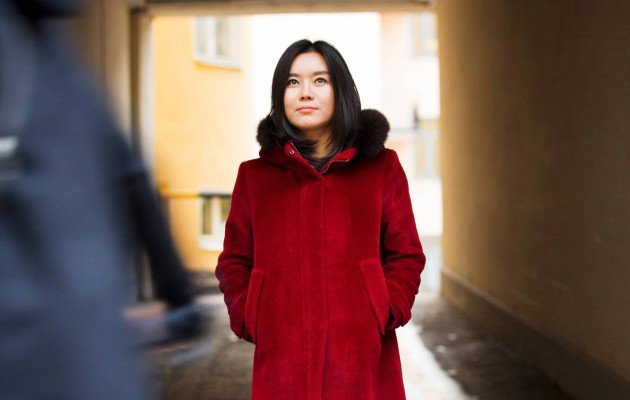 “Every single word I’m saying, they’re not my words, they’re the words of the North Korean people,” declares Hyeonseo Lee as we sit down for dinner. Only a defector from the planet’s most secretive regime could be so vitally determined to share the true message of her people. After all, she’s carried it from behind the border walls, and pierced the propaganda machine of an infamous totalitarianism. I immediately ask how she views her uniquely placed role as a North Korean defector. “I’m just a bridge. We’re messengers,” she offers, before smiling with a definite defiance: “I am the one who found freedom first!”

Hyeonseo Lee once thought her country was the best in the world. She sung the ‘Nothing to Envy’ anthem, and meant it. But famine, suffering and oppression soon shattered this perception. In 1997, she crossed the Yalu River, and with this act escaped from Kim Jong-il’s repressive state. We speak about what it was like in the North. “I really miss to be in my home town, to stand on that soil. That’s still my home country, where lots of people are suffering. They’re not living happily there; all my relatives and friends, all my memories.” It’s clearly hard for Lee to escape these memories. She recalls the tale of a fire at her childhood home. Her own father didn’t stop to check if his children were injured once they fled the building but plunged straight back into the flames. To not save images of the North’s dictators would bring a punishment. The threat of this was enough. Lee is direct in her description of the “sin being committed on my homeland”. “I watched a man hanging by his neck under a bridge,” she says without pause; “the smell of decomposing flesh was everywhere.” Oppression was universal. In the North, as perhaps elsewhere, to control thought and fear is to maintain a inescapably tight grip.

Yet as Lee reflects on her past, this deep pain always tussles with an imaginative spirit, one that could never easily be extinguished by what she has witnessed. A younger Lee looked out over China, “the only country I could compare with my own.” She notes wistfully, “I was mesmerised; I saw two different worlds, the bright vibrant colours of another world” juxtaposed with the “darkness of my homeland.” I soon wonder of course whether her stated fondness for her home city extends in part from the nascent hope she felt there, imagining a freer life ahead. It’s clear the possibility for Lee to experience these feelings of hope again, now she knows the full truth, can surely only come with reunification. I wonder whether this is a driver in her efforts for a united Korea. “The division is hurting me,” she offers instead.

We soon move to life after North Korea. After ten years on the run in China, suffering on one occasion interrogation at the hands of suspecting Chinese police, Lee sought asylum in Seoul. Passing university exams, she was soon orientated on life in the South. I ask how she would approach the issue of her own identity, complicated as one of the few Koreans to live either side of the border. “It just means two different things are always inside me…the heritage keeps changing depending on the situation, switching.” An ever-growing feature of liberal democratic politics, how does identity operate in Korea, where a once unified people are now split across the 38th parallel? “We need more time to integrate together. We have the same blood, we really have a strong boundary to be all together.” Predictably, she follows up: “the difference is because of the different ideologies, we have a different system.”

“In North Korea, we don’t have individuals, so that we have to gather everything for our dear Leader…in South Korea, it’s completely the opposite.” It is this distinctly ‘Western’ individualism, however, that clearly bothers Lee the most. “Somehow we are losing the feeling as one nation.” She returns to another comparison between South and North. Speaking of her current home, she complains: “I don’t even know who is the neighbour, who is the next door, nobody cares.” Not the case across the border: “if somebody moved to a new location, they’re sharing still (sic) the food together.” This being said, however, she stresses that only in the South is control of identity at all possible. In the North, “we are a machine, a modern-day human machine.”

But all soon changed when she heard that North Korean police had intercepted money sent back to her family. Soon to suffer punishment, Lee returned to northern China, and was reunited with family members in Changbai. She notes the “scars of separation” were the hardest to live with in her early years outside North Korea, where she would talk at the moon to connect with her mother. Lee pauses to look back on this reunion. “We risked our lives, we prepared to die together, but with God’s help and luckily we made it happen and we didn’t end up in that horrible way.”

The journey back to the South would not be easy however. Two thousand miles in, her brother and mother were eventually jailed in the Lao capital Vientiane, shortly after crossing the border. It was at this stage that Hyeonseo Lee came across an Australian, Dick Stolp, who paid for her family’s release. “Until that moment, I didn’t know the sky was that blue, and the blue sky was that beautiful. I had no room in my mind to enjoy the beautiful weather or the blue skies.” She is intensely reflective on the symbolism of her meeting Stolp, with whom she is still in contact. “He changed me, everything in a positive way then, having been cold minded towards the world. That’s why I’m here today, because his behaviour, that moment I realised we need as North Korean defectors, we need help from the international community.”

What exactly is it that Lee would like to see? She singles out students. “I just want to have a community…The students are the biggest key to make it happen than the politicians.” For her, it’s all about raising the international profile of Korea. Pointedly she stresses: “If white people really care about these issues, I mean that’s a really big change.” She recognises the peninsula is “not the top issue, these days only because of nuclear issues…its not always looked like that.”

After all, we meet as it now looks increasingly likely President Trump and Supreme Leader Kim Jong-un will share a summit, sharing the highest level meeting of the century between the regime and the West. All in the aftermath of “locked and loaded” and “fire and fury”, of course. As it stands, leaders of the North and South have just met for the first time in a decade in what appears a promising move. Again Lee returns to what she would like to see. Clearly seeking this time to represent all North Koreans, she offers that she wants us “just to at least care about their stories…by sharing these stories as much as they can, I hope everyone in this world can know about the truth.” She is anxious to stress some perspective too: “I’m just envious that people can even criticise the best, most beautiful opportunities they have. You have the best country, you have everything, but still many people are complaining.”

Such are the power of these stories that our discussion of her role as a campaigning defector seems almost additional. I remember though that the recounting of her own story is of course her most effective tool in attacking the North’s regime. Lee agrees. “That’s what our dictator is most scared about, that people on the outside know about what’s happening inside the country. In the past, they could control the country very strongly so the international community for many decades could not know what was really happening on the inside. This is our dictator, he hates to hear this, it is dangerous for him.”

With this defiance, Lee carries her message from the White House to a Southbank Women of the World conference, and frequently to halls of students around the world. A TED talk reaching 13 million views and book now on the freshman syllabus of a US midwestern university, The Girl with Seven Names, are proof of her determination. Ultimately, what is end goal? “Unification is not optional, but inevitable” she declares optimistically. I recall the global attention following the singing of a known reunification song recently heard at the Winter Olympics. But this does not seem to chime with her appraisal of the key players. Reunification is “the duty of the South Korean government. They have to make an initiative. The politicians are talking about after unification what they are going to do in the country, but what we have to do, to make it happen, is ask what can we do. They don’t really want to make this happen.”

As the geopolitics and military bluster continues to ebb and flow, its clear the real front line fighting to bring change on the peninsula are defectors like Hyeonseo Lee. Change from without is perhaps more likely if we in the ‘West’ substitute those oft-broadcast rhetorical threats with a greater platform for individual voices and stories like Lee’s. “Until I don’t have to, I will continue my work,” she announces with unmistakable defiance.

I recall an earlier comment in our time together. “In North Korea, we are huge families, we are still willing to talk with the neighbours.” The peninsula is so often at the forefront of attention among global stakeholders, but defiant telling of the truth, and demands for internal reform don’t appear to ring out. Hyeonseo Lee hopes to change this. She is perhaps the ultimate example of those ‘willing to talk’ with the outside world, and we ought to listen her story.